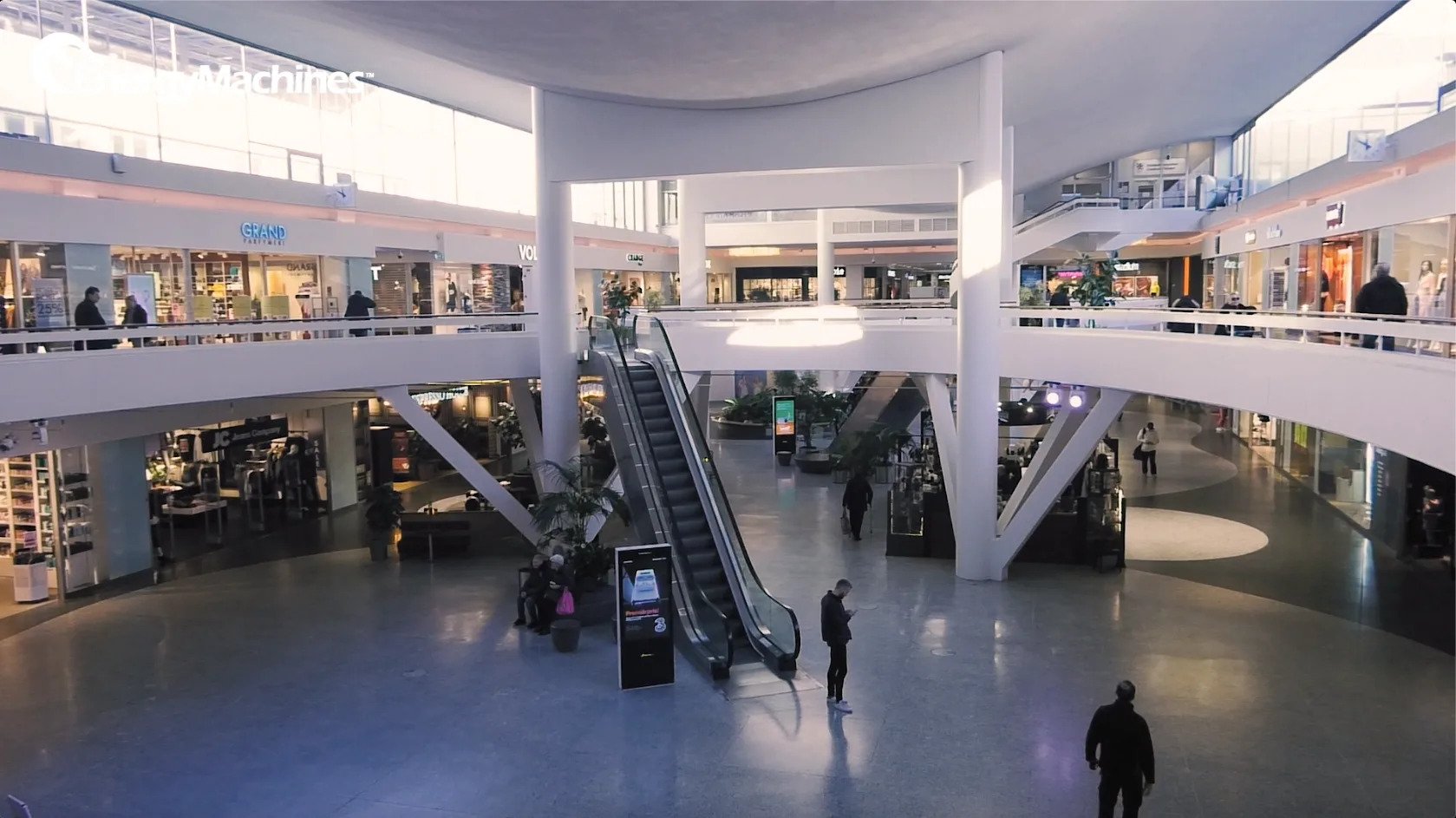 With 100,000 square meters of floor space, Frölunda Torg has a great need for comfort, cooling and heating. An entire turnaround is now taking place in the energy front, where SEK 32 million is invested in an integrated energy system that connects geo-energy and solar power on a unique scale. The basic idea for the climate-smart system comes from Energy Machines.

– We have changed the whole strategy for how to handle heat and cold in the mall. One of our hobbyhorses is to see cooling needs as a resource and not as a load, to take care of all excess energy. Therefore, we have developed a total solution called “integrated energy system” that we apply in all our projects, says Torbjörn Sjögren, regional manager of Energy Machines in Western Sweden.

– We and Energy Machines began to discuss whether we could do something with the energy that we would normally just let out of the building. Instead of wasting the surplus heat from the comfort cold, we will store it in the rock, says Henrik Pihlblad, technical manager at Skandia Fastigheter.

The rock becomes a battery

Storage is an issue for solar energy, because the large energy requirement of the year does not take place while the sun shines the most. Energy Machines solves this problem by storing energy in a large ground layer of 80 pieces 200-meter deep boreholes.

In the summer, the solar cells generate electricity that drives the mall’s cooling system. The surplus generated heat is transported to the ground layer, where it slowly raises the temperature of the rock during the hot season. When winter comes, the heat is collected again, raising the temperature in the system and replacing the district heating that would otherwise have been needed. Thus, the rock acts as a battery to store solar power and results in a double benefit.

– If you have a geothermal heat pump at home, you just get heat from the rock. It is profitable in itself and also satisfies the building’s cooling needs. It is much cheaper than a classic solution with cooling machines. Especially, with our patented system solution that gives higher performance than conventional heat pump technology, says Torbjörn Sjögren.

– We are unique in using the simulations all the way through the operating phase. Instead of abandoning the property owner when the plant is ready, we follow up and optimize the operation. In this way, we maximize profitability and environmental benefits in the project, ”says Torbjörn Sjögren.

“Challenged all the time”

The drastically reduced energy consumption is a welcome contribution to Skandia Fastigheter’s ambitious sustainability work. Henrik Pihlblad hopes that the model will work so well that it becomes relevant in more of the company’s properties.

– I think this will be a starting point for us to invest in this type of system, where the fossil-free part becomes larger and larger. The fun thing about Energy Machines is that they have a big focus on not releasing any energy from the property. Instead, they turn every opportunity to recycle energy into another technical system. I like that thought. I am constantly challenged to think about different perspectives.

‍Frölunda Torg is revolutionizing its energy use with the help of Energy Machines. With a combination of solar cells and ground layers, the shopping center saves millions on both heating and cooling and to a large extent becomes self-sufficient and fossil-free.

Join the Energy Revolution
Turn your building into an Energy Machine.
Get in touch